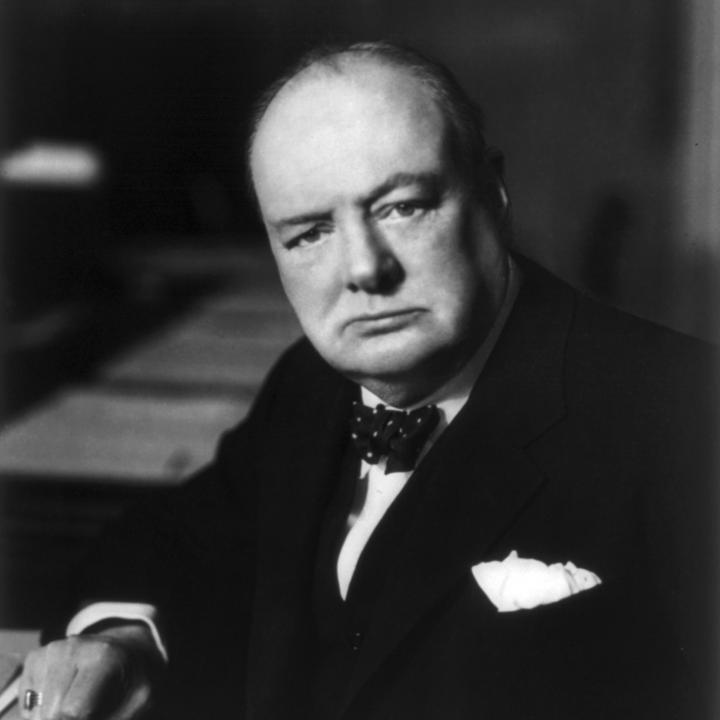 Sir Winston Leonard Spencer Churchill was a British politician who was Prime Minister of the United Kingdom from 1940 to 1945 and again from 1951 to 1955.

Widely regarded as one of the greatest wartime leaders of the 20th century, Churchill was also an officer in the British Army, a historian, a writer and an artist. Since its inception in 1901, Churchill is the only British Prime Minister to have won the Nobel Prize in Literature and was the first person to be made an honorary citizen of the United States.

Churchill was initiated into Studholme Lodge No. 1591 (now United Studholme Alliance Lodge) on 24 May 1901. Churchill completed his Second Degree nearly two months later on 19 July and was then made a Master Mason on 25 March 1902.

Something you may not know: Churchill's apron and apron pouch are on display in the Museum's North Gallery at Freemasons' Hall. 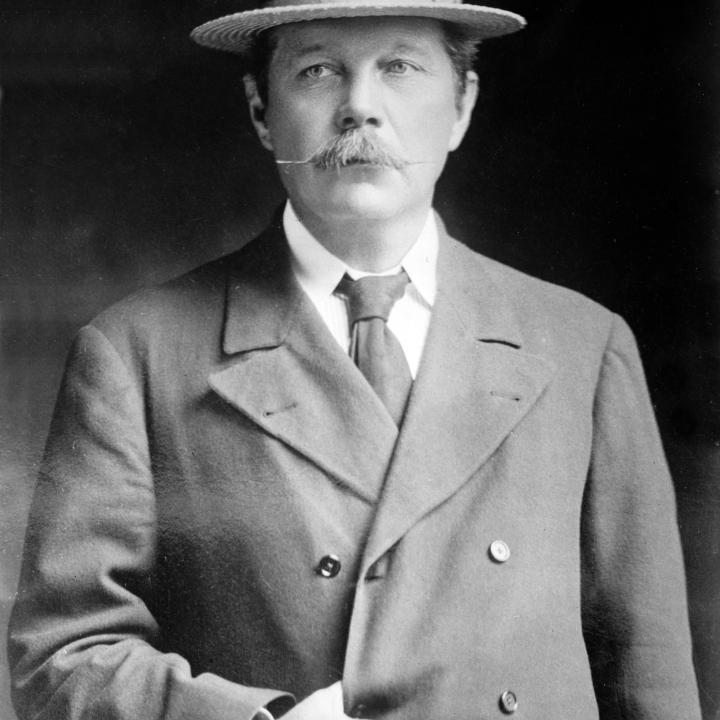 Arthur Conan Doyle was a Scottish writer born on 22 May 1859 and would go on to become famous as the creator of the detective Sherlock Holmes.

He studied at the University of Edinburgh's Medical School where he achieved the Bachelor of Medicine and Master of Surgery qualifications. Whilst he was a medical student, Conan Doyle was profoundly captivated by the skill of his professor, Dr Joseph Bell, in observing the minutest detail regarding a patient's condition. This approach of diagnostic deduction inspired Conan Doyle's literary creation, Sherlock Holmes.

Sherlock Holmes made his first appearance in 'A Study of Scarlet', and its success encouraged Conan Doyle to write more stories involving the detective. Successively, Conan Doyle focused his work on non-fiction, including to military writings, such as The Great Boer War (1900) and The British Campaign in France and Flanders, 6 vol. (1916–20).

You may not know, but some of the filming for the 2009 Sherlock Holmes film starring Robert Downey Jr and Jude Law took place at the United Grand Lodge of England’s headquarters Freemasons’ Hall in London.