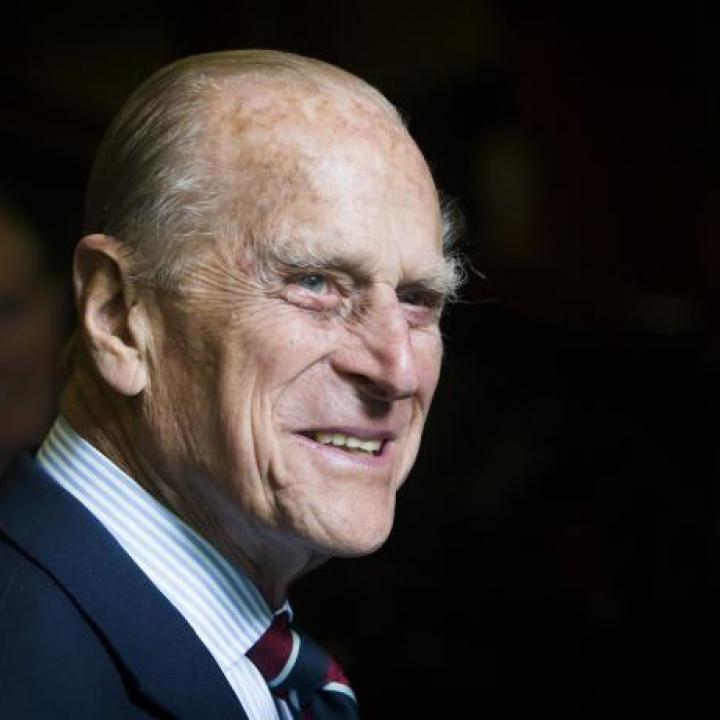 His Royal Highness The Duke of Edinburgh started his life in Freemasonry in 1952, at the age of 31. He was initiated into Navy Lodge No. 2612, on 5 December.

On 6 March 1953, HRH Prince Philip progressed to the Second Degree of Freemasonry, before advancing to the Third Degree on 4 May 1953. The United Grand Lodge of England (UGLE) issued his Grand Lodge Certificate on 7 May that same year and he has remained a member to this day.

The Duke of Edinburgh was born in Corfu on 10 June 1921, the only son of Prince Andrew of Greece and Princess Alice of Battenberg. He therefore also held the title Prince of Greece and Denmark.

Prince Philip joined the Royal Navy as a cadet in 1939, following in the footsteps of his grandfather, Prince Louis, who was Admiral of the Fleet and First Sea Lord. He had a long and successful career in the Navy and rose to the rank of Commander.

Prince Philip was also a qualified pilot and was the first member of the Royal Family ever to fly out of Buckingham Palace in a helicopter.

The Duke of Edinburgh was known to drop into meetings at his Freemasons Lodge almost unannounced. Navy Lodge has a storied past and an amazing roster of luminaries appear upon its membership roll. The Lodge prides itself on being the premier Naval Lodge in the world, with an unparalleled history that includes four monarchs as past members – King Edward VII, King Edward VIII, King George VI and King George II of the Hellenes.

The Duke of Edinburgh was patron or president of some 800 organisations, with special interests in scientific and technological research and development, the encouragement of sport, the welfare of young people, and conservation and the environment.

Freemasons can also count other members of the Royal Family among their number, including HRH The Duke of Kent, who is the longest-serving Grand Master of the UGLE.

As well as members of the Royal Family, Navy Lodge can proudly name three winners of the Victoria Cross among its past and present members; numerous Admirals, Generals, Vice-Admirals and Senior Officers; as well as other notables such as Sir Ernest Shackleton, Robert Scott – known as ‘Scott of the Antarctic’ – and many more.

Elsewhere, there is also a Duke of Edinburgh Lodge, No. 1182, Liverpool, which was issued a warrant on 2 July 1867 and was consecrated on 1 August 1867. The Lodge was named after Prince Alfred Ernest Albert, who was then Duke of Edinburgh. He was born on 6 August 1844, the second son of Queen Victoria. 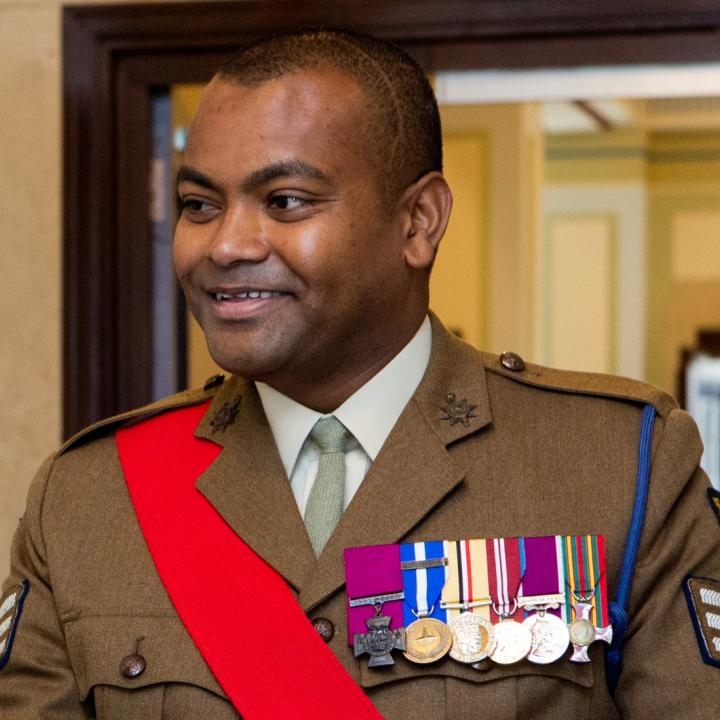 Sergeant Johnson Beharry joined the British Army at the age of 21. While serving with the 1st Battalion in Iraq, Princess of Wales’s Royal Regiment, Johnson's armoured Warrior vehicle fell into a trap and his colleagues were significantly injured. He drove under the enemy fire and saved their lives.

After that incident, he was soon caught in another trap, which caused severe head injuries to him and his crew. In a display of extreme courage, he drove out of the ambush before losing consciousness. While still recovering from brain surgery, Sergeant Beharry was awarded the Victoria Cross.

He is involved in charities and he is the founder of JBVC Foundation, which helps young people involved in gang culture rebuild their lives and future.

Sergeant Beharry is a member of Queensman Lodge No. 2694 in London. 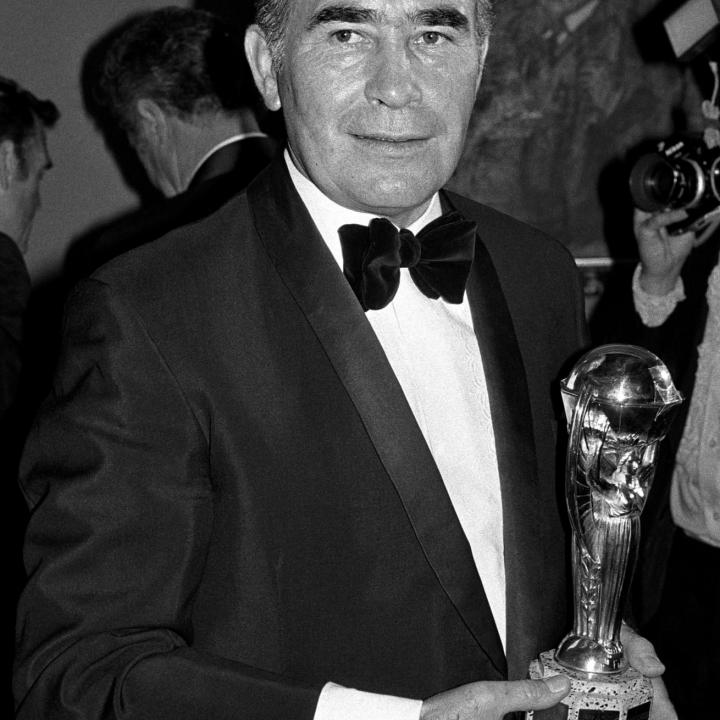 Known as "the man to whom English football owes its finest achievement", Sir Alf Ramsey led England to victory in the famous 1966 World Cup.

He was initiated into Waltham Abbey Lodge No. 2750 in Essex in 1953, just before he retired as a player. He remained a member for nearly 30 years, but ill health, which had precipitated his retirement from football management, also led to his resignation from the Lodge in 1981.

When his regalia was presented to the Lodge by his widow, it was mounted in a frame and hung on the wall of the Masonic Hall he attended in Chingford. 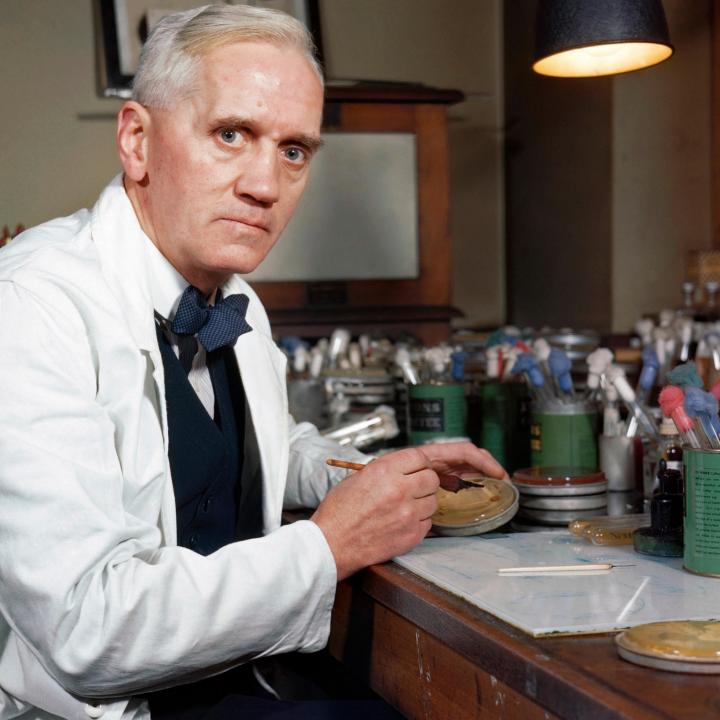 Sir Alexander Fleming was born in East Ayrshire, Scotland, on 6 August 1881 and he is best known for having discovered penicillin, which is still used to treat bacterial infections today.

He moved to London at the age of 13 and later trained as a doctor. He qualified with distinction in 1906 and began research at St Mary's Hospital Medical School at the University of London under Sir Almroth Wright, a pioneer in vaccine therapy.

In 1928, while studying the influenza virus, Fleming noticed that mould had developed accidentally on a set of dishes being used to grow the staphylococci germ. The mould had created a bacteria-free circle around itself. Fleming experimented further and named the active substance penicillin. This discovery would change the world of medicine forever and cement Fleming's place as one of the world's most famous scientists. In 1944, Fleming was knighted by King George VI and won the Nobel Prize a year later.

He was awarded London Grand Rank in 1934 and was appointed Senior Grand Deacon by the United Grand Lodge of England in 1942. He was also promoted to Past Senior Grand Warden in 1948. 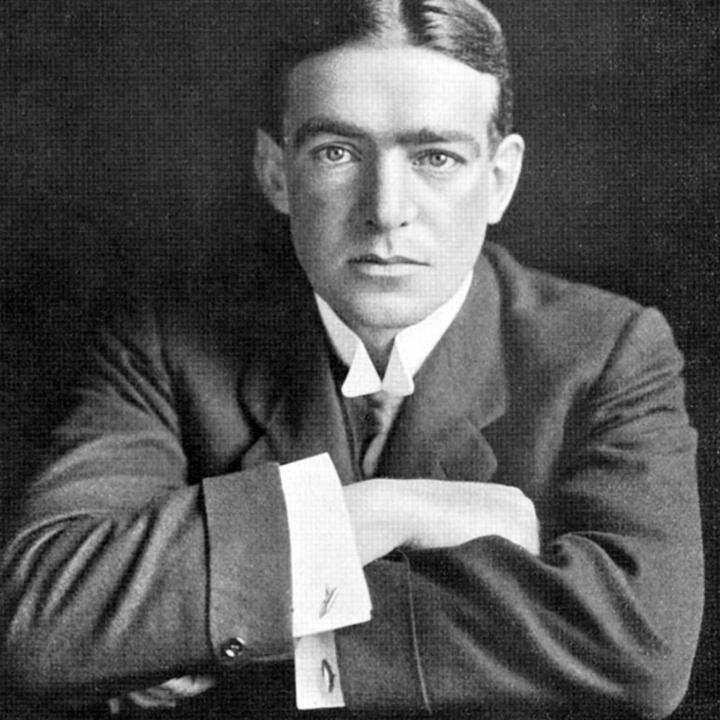 Explorer Sir Ernest Shackleton once famously said; "If you're a leader, a fellow that other fellows look to, you've got to keep going." He was born on 15 February 1874 in County Kildare, Ireland, but his family moved to London where Shackleton was educated.

Rejecting his father's wish that he become a doctor, he joined the merchant navy when he was 16 and qualified as a master mariner in 1898. He travelled widely, but was keen to explore the North and South poles. Shackleton visited the poles on three occasions and on the second occasion, Shackleton led his own expedition on the ship Nimrod. His team climbed Mount Erebus, made many important scientific discoveries and set a record by reaching closer to the South Pole than achieved before. On his return to Britain, Shackleton was knighted.

Shackleton's fourth expedition aimed to circumnavigate the Antarctic continent, but on 5 January 1922, he died after suffering a heart attack just off the coast of South Georgia.

Shackleton was initiated into Navy Lodge No. 2612 in London on 9 July 1901. Shackleton went 10 whole years between his initiation and his Second Degree! He completed his Second Degree at an emergency meeting of Guild of Freemen Lodge No. 3525 in London on 2 November 1911 and his Third Degree at an emergency meeting held on 30 May 1913.

He was elected an honorary member of the Lodge on 28 April 1914. 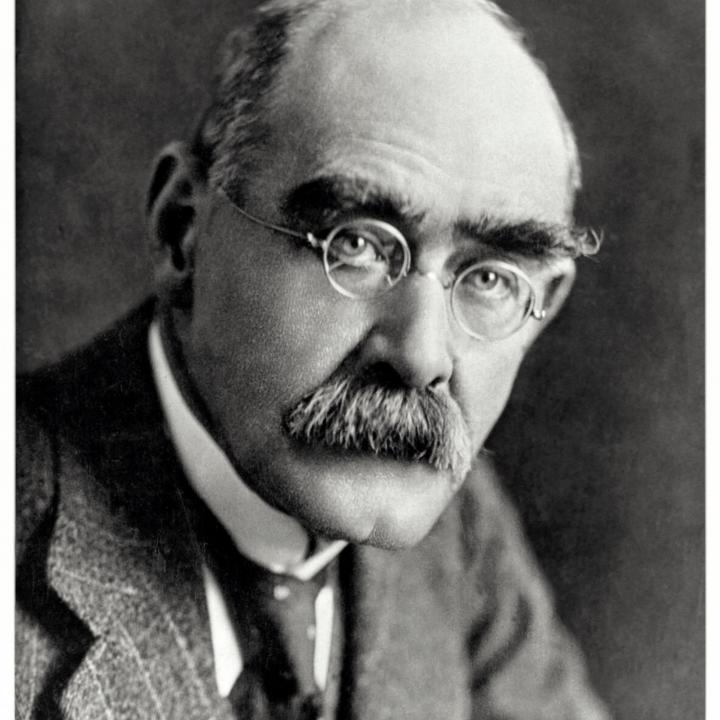 Rudyard Kipling was well-known for his poems and novels, including The Jungle Book. He was awarded the Nobel Prize in Literature in 1907.

He was immediately appointed the Lodge's Secretary because, as a young journalist, he possessed a typewriter. He later joined the Lodge of Independence with Philanthropy No. 391 in Allahabad. 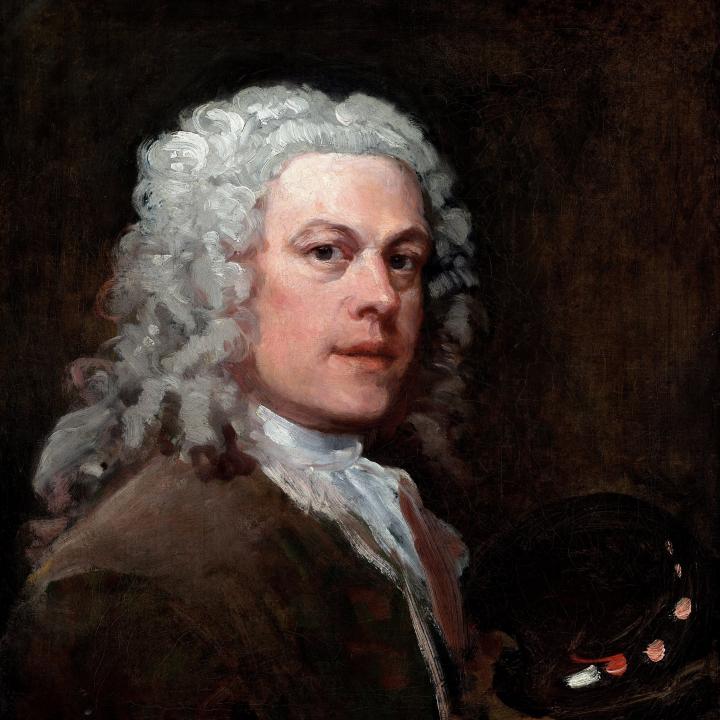 William Hogarth was born in 1697 in London and was a painter known for his moral and satirical paintings. Grand Lodge records show that Hogarth was a Freemason by at least 1725 when he appeared on the register of a Lodge meeting at the Hand and Apple Tree in Little Queen Street.

In 1730 he was listed as a member of another Lodge meeting at the Bear and Harrow in Butcher Row, Temple Bar. In 1735 he was a Grand Steward at the Grand Lodge of England's annual Festival and designed a jewel for his fellow Grand Stewards. 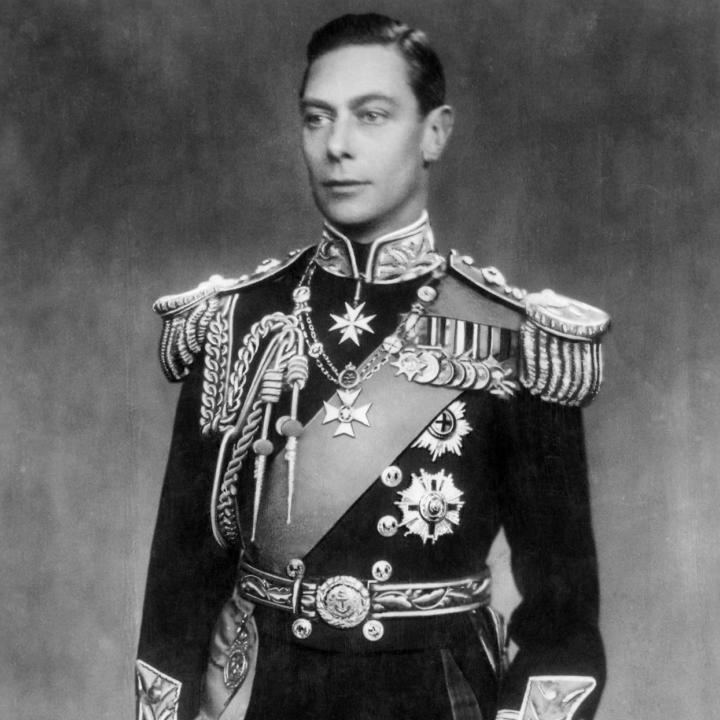 George VI (Albert Frederick Arthur George, Duke of York) was born on 14 December 1895 in Sandringham, Norfolk, and was King of the United Kingdom from 1936 to 1952.

George VI was initiated in Navy Lodge No. 2612 on 2 December 1919 and was installed as its Master in 1921. An enthusiastic Freemason, he joined several Lodges and different masonic orders. He was the Senior Grand Warden of the United Grand Lodge of England in 1923 and Provincial Grand Master of Middlesex from 1924 until 1937.

The Museum of Freemasonry owns several items of regalia that belonged to King George VI including aprons, jewels and sashes. An oil painting of George VI is also housed in Freemasons' Hall by Sir James Gunn alongside several photographs in the Museum collection. 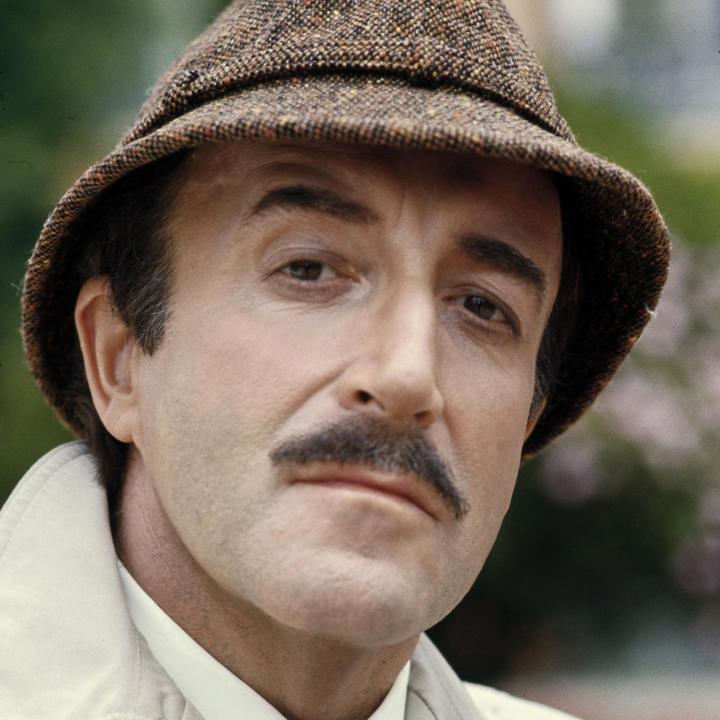 Born in 1925, Peter Sellers was an English film actor, comedian and singer. He performed in the BBC Radio comedy series The Goon Show and became known to a worldwide audience through his many film roles, including Inspector Clouseau in The Pink Panther series of films.

Chelsea Lodge had been established in 1905 for Freemasons in the entertainment industry. Sellers' father William had been a variety performer.