There are several theories about the origins of Freemasonry, ranging from ancient builders to medieval stonemasons.

Still to this day, the roots of modern Freemasonry are the subject of intense speculation, but the general consensus among Masonic scholars is that they lie with the medieval stonemasons that built our castles and cathedrals.

Let us take you on a journey back in time through the history of Freemasonry – as we begin in the medieval era, all the way through to 2017 when the Royal Albert Hall was centre stage for the United Grand Lodge of England’s 300th anniversary celebrations. 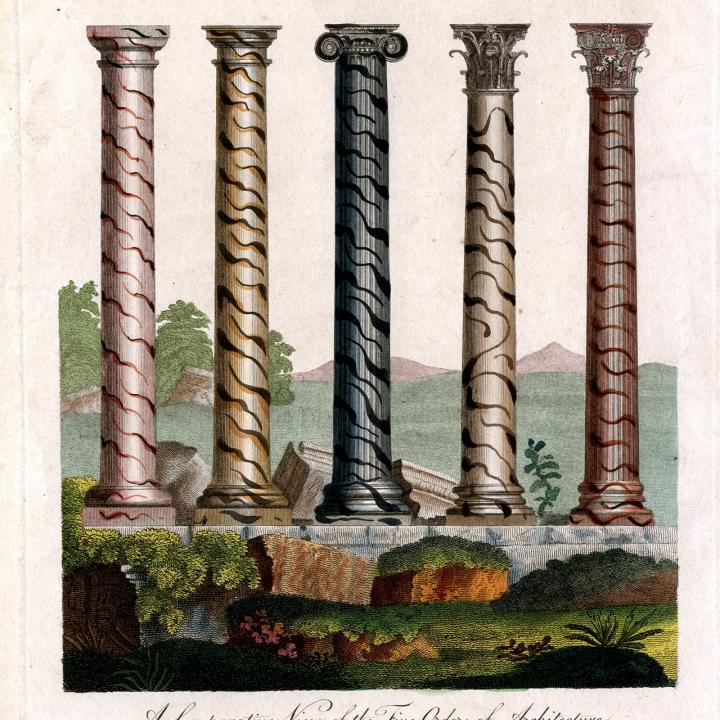 The questions of when, how, why and where Freemasonry originated are still the subject of intense speculation. The widely accepted view from many Masonic scholars is that Freemasonry originates from the medieval stonemasons that built many of our castles and cathedrals. 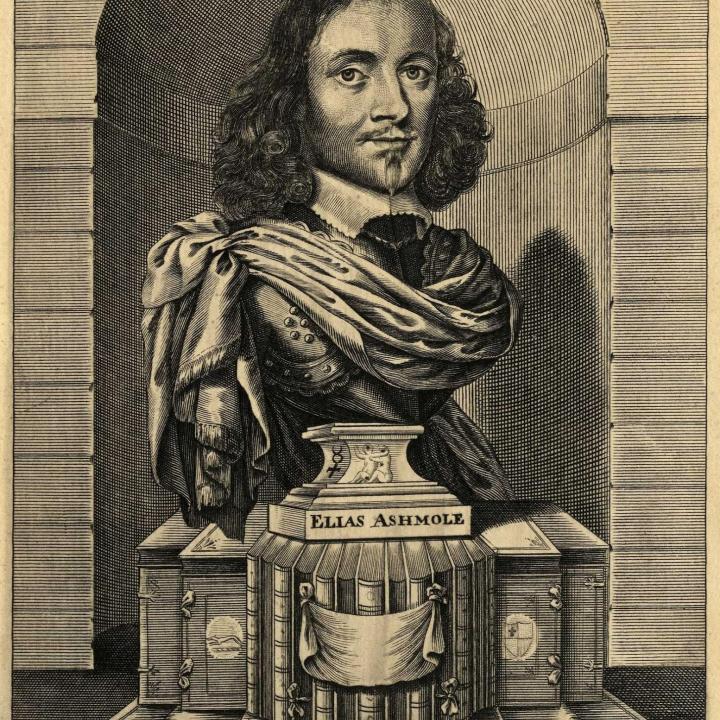 The origins of Freemasonry are unclear, although early Freemasons were influenced by the legends, imagery and customs of medieval stonemasons. Elias Ashmole wrote about his initiation in a Lodge in Warrington in 1646, the first recorded evidence of the initiation of an English speculative mason – notwithstanding the fact that those present and listed would have certainly been initiated at an earlier date. 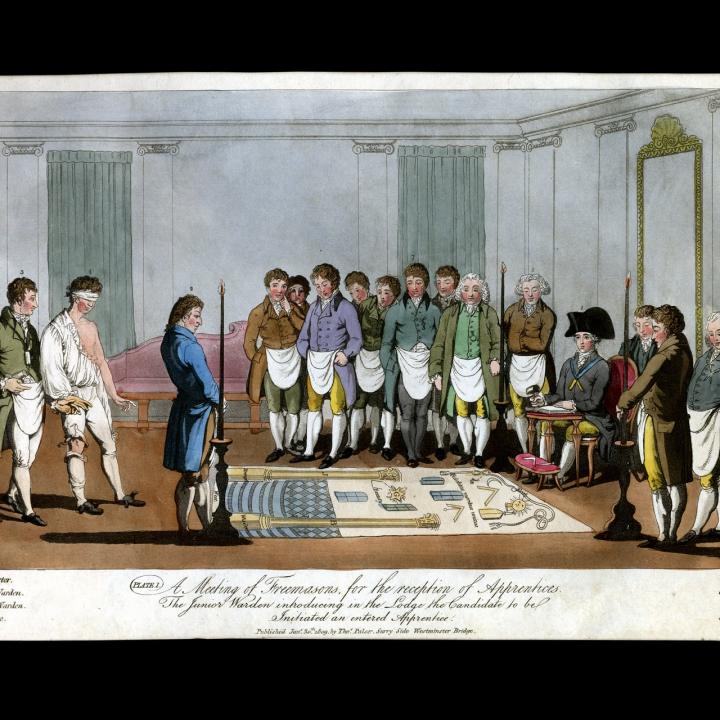 From the 1660s, more evidence exists of gentlemen being made Freemasons. 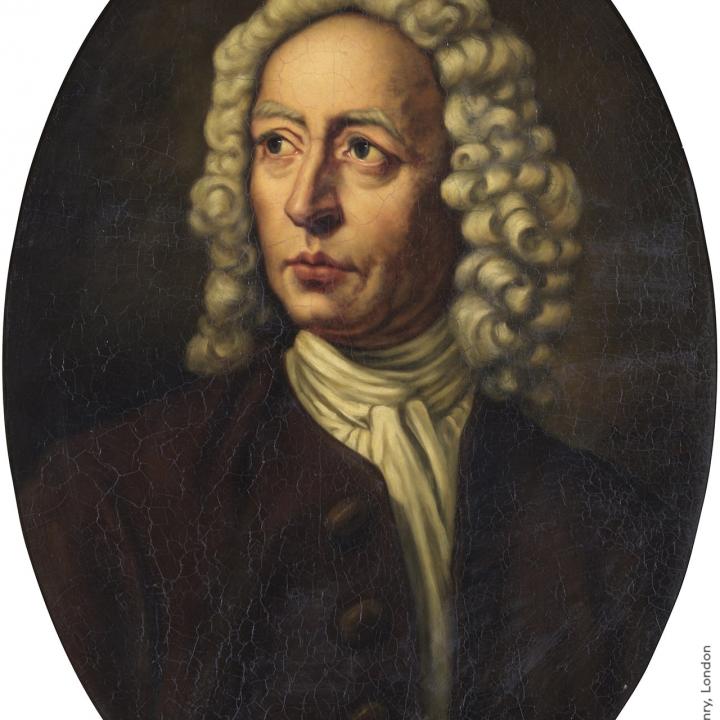 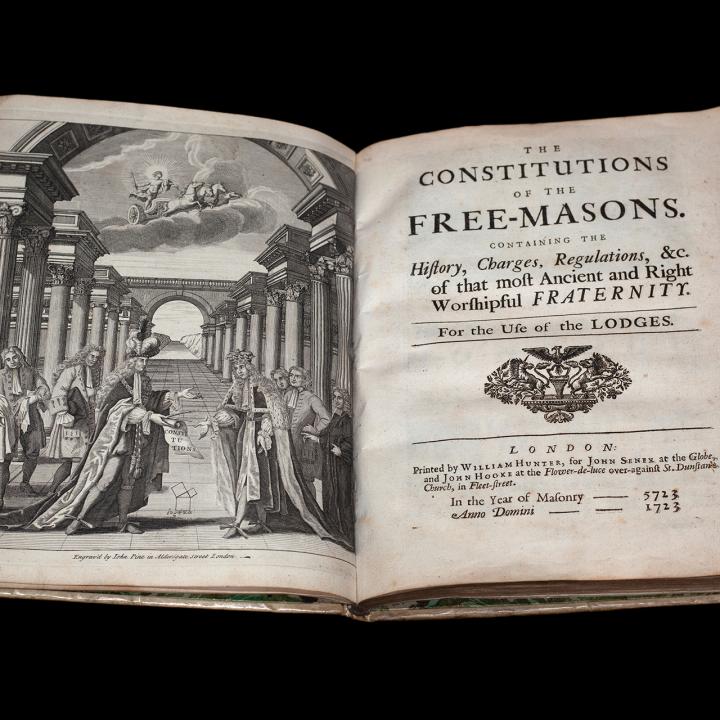 By this time, the new Grand Lodge had published its first rulebook – The Constitutions of the Free-Masons – and was meeting quarterly and recording its meetings. 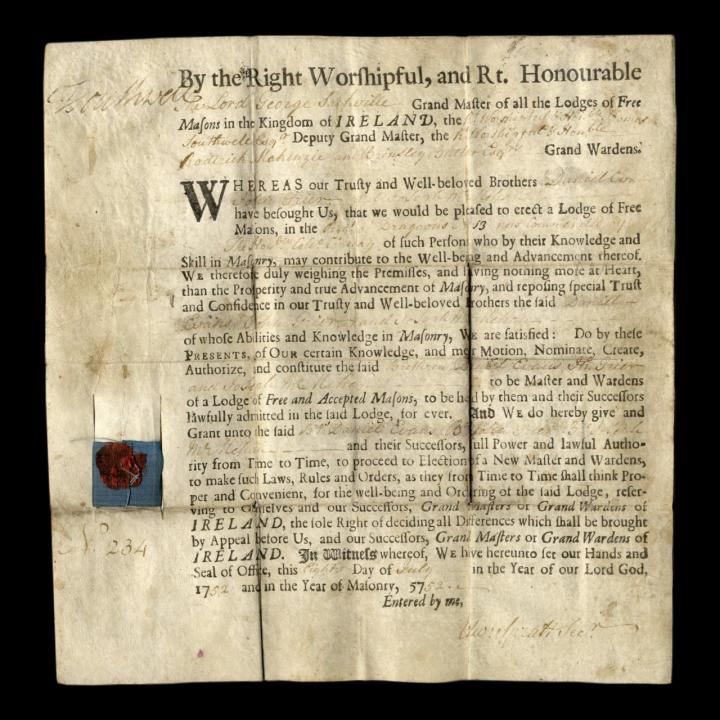 The Grand Lodge of Ireland was established. 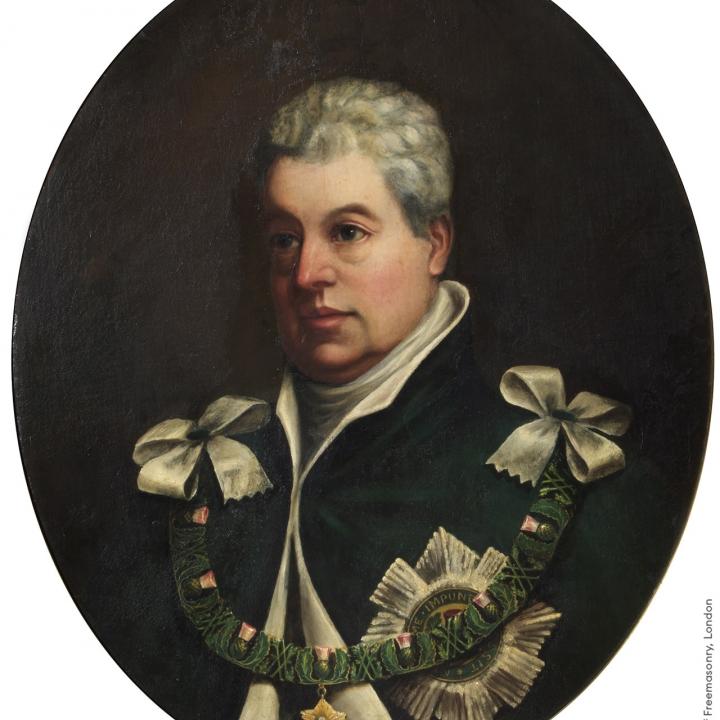 The Grand Lodge of Scotland was established. 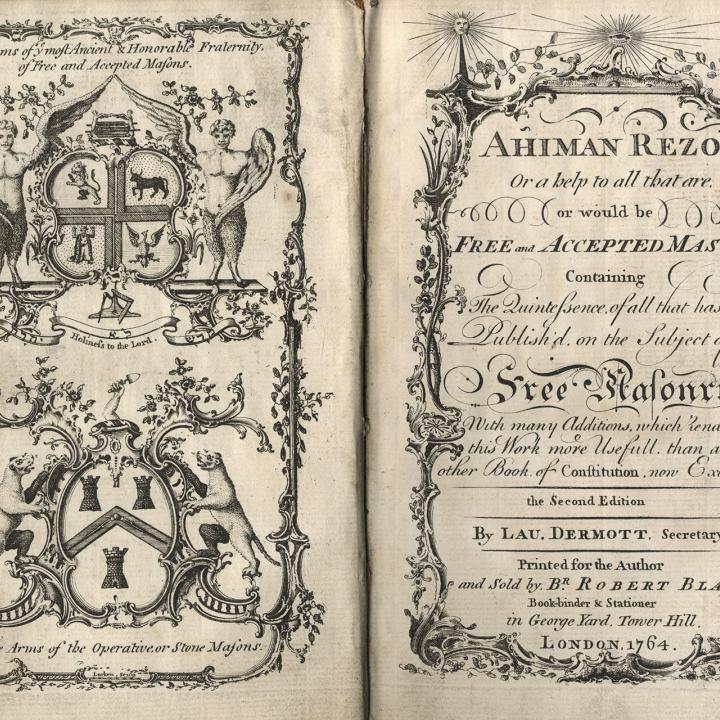 A rival Grand Lodge appeared in London with different practices. London Scottish and Irish Freemasons had formed a rival Grand Lodge in 1751, labelling the original Grand Lodge ‘Moderns’ and calling themselves ‘Antients’. The two rivals existed side by side – both at home and abroad – for nearly 63 years, neither recognising each other as regular. 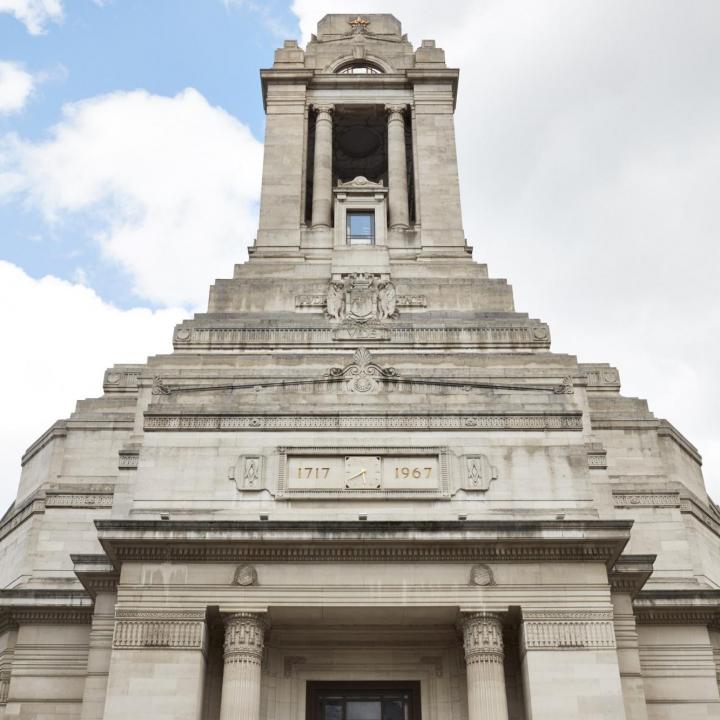 English Freemasonry’s home has been on Great Queen Street since 1775. 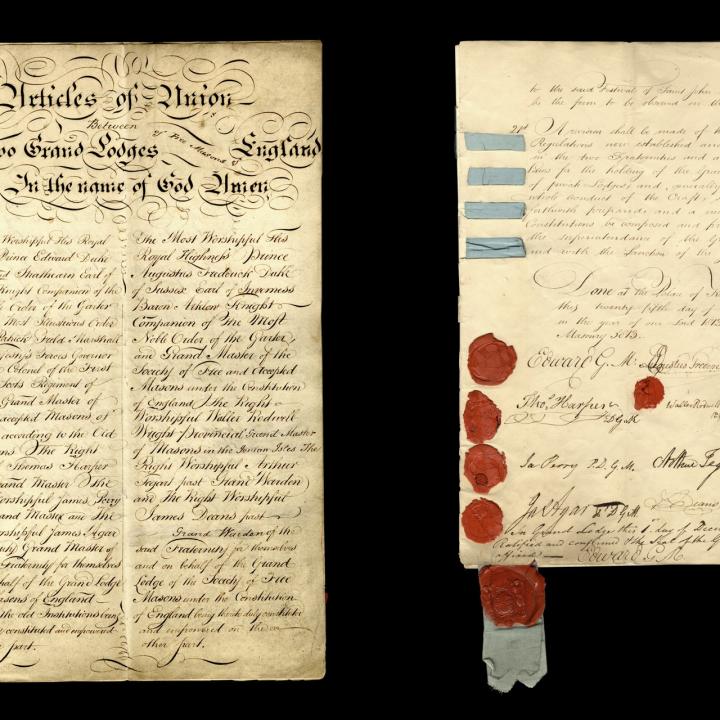 After nearly 63 years, the two Grand Lodges in England united on 27 December 1813 to form the United Grand Lodge of England. This union led to a great deal of standardisation of ritual, procedures and regalia.

Operating under the core values of Brotherly Love, Relief and Truth – now expressed in the guiding principles of Integrity, Respect, Friendship and Charity – English Freemasonry attracted people from all walks of life and spread around the globe. In the times before a welfare state, it created charities to look after the wellbeing of members and their families, but over time it has evolved into a major supporter of charities and causes beyond Freemasonry throughout local communities across the country. 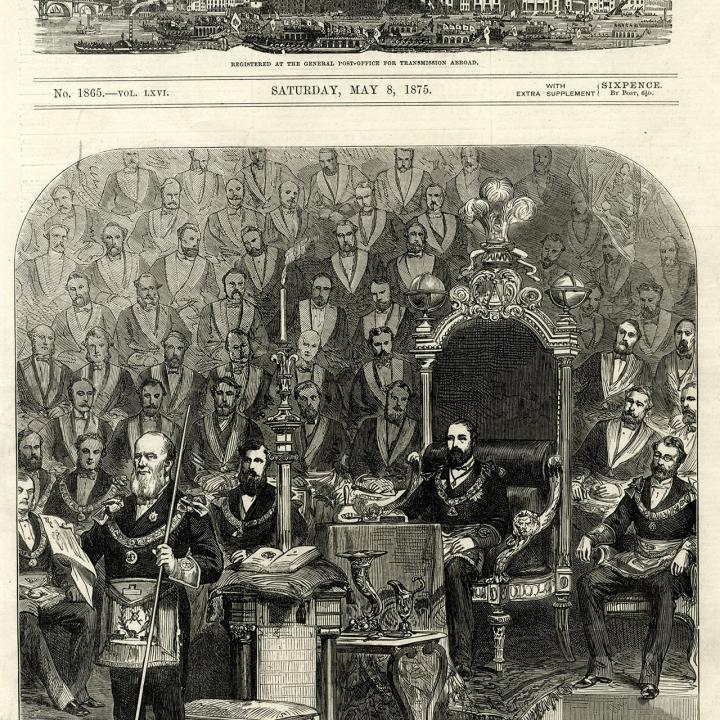 Some 647 Lodges were in existence. The 19th century saw a great expansion of Freemasonry - both at home and abroad. 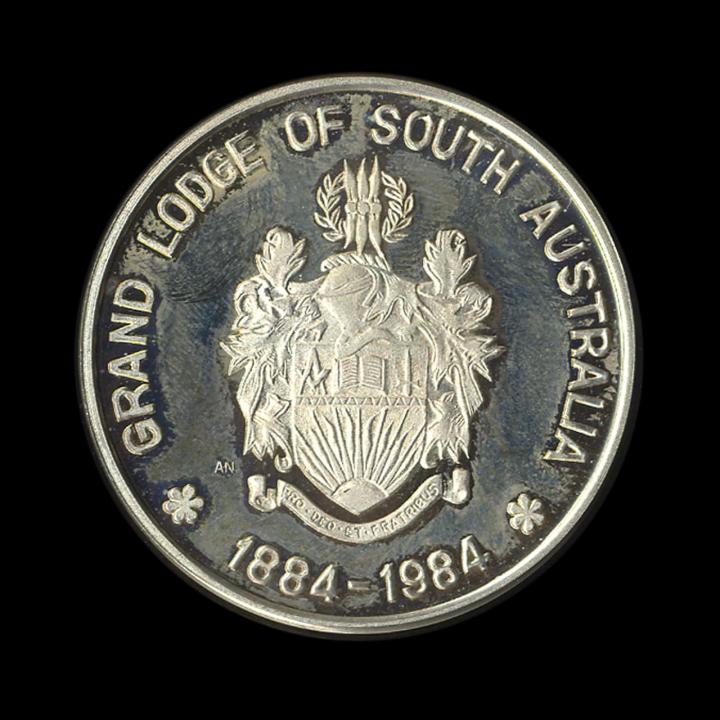 2,800 Lodges now existed under the jurisdiction of the United Grand Lodge of England. 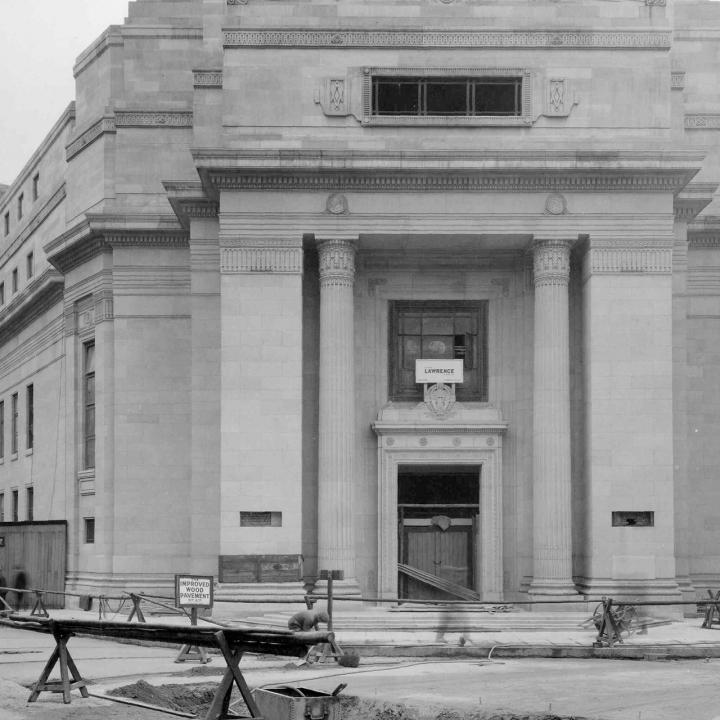 United Grand Lodge of England’s headquarters Freemasons’ Hall – originally called the Masonic Peace Memorial – were built between 1927 and 1933, as a memorial to more than 3,000 members of the United Grand Lodge who lost their lives in the First World War. 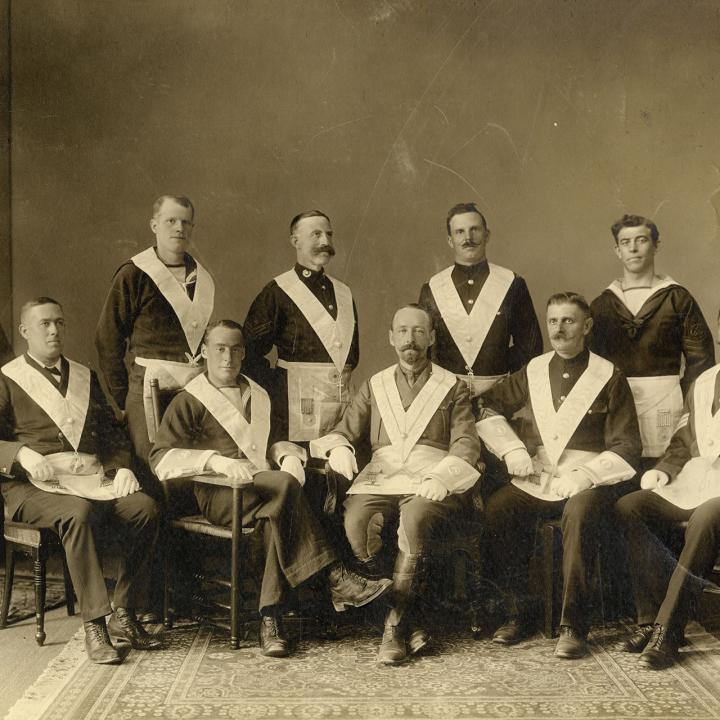 World Wars I and II

The two World Wars both had a great effect on English Freemasonry. Some 3,533 Freemasons were killed during the First World War, and Freemasons’ Hall (originally the Masonic Peace Memorial) was built in 1933 as a memorial to the fallen.

In the three years after the First World War, more than 350 new Lodges were set up; and in the three years after the Second World War, nearly 600 new Lodges came into being. In many cases, the founders were servicemen who wanted to continue the camaraderie they had built up during their war service and were looking for a calm centre in a greatly changed and changing world. 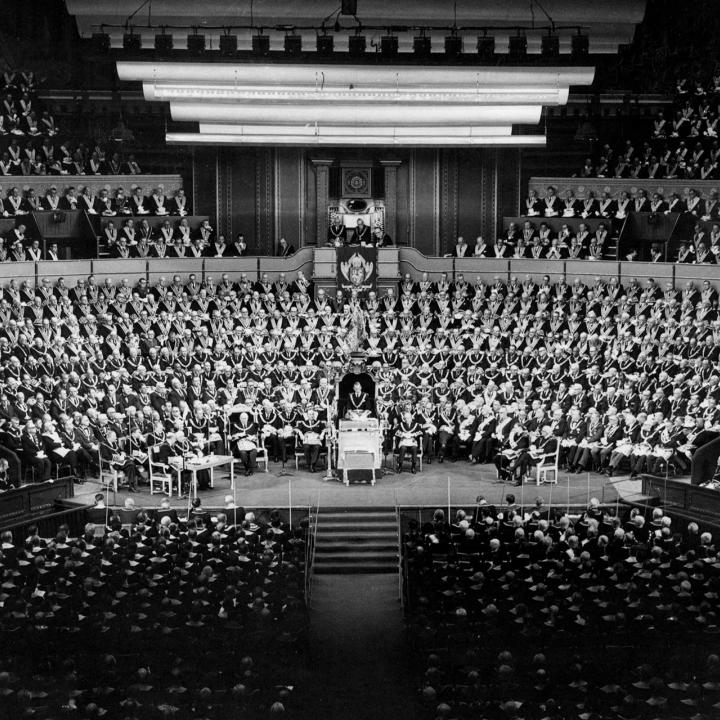 On 14 June 1967, the 250th anniversary of Grand Lodge was celebrated at the Royal Albert Hall. The centrepiece of the celebrations was the installation of HRH The Duke of Kent as Grand Master. He still holds that office today and comes from a long line of Royal Grand Masters, which includes his father George, King Edward VII, the Duke of Sussex and King George IV. 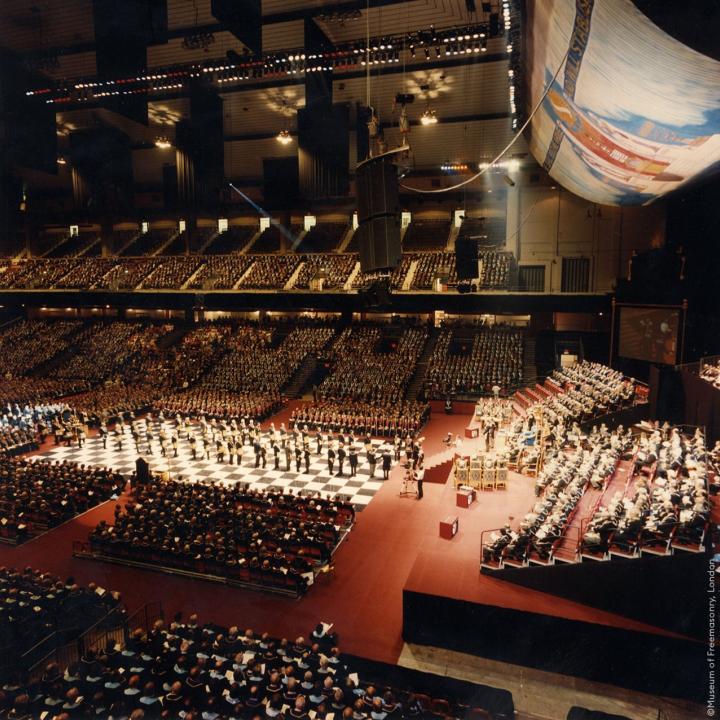 On 10 June 1992, more than 12,500 Freemasons and guests gathered at Earl’s Court in west London to celebrate the 275th anniversary of Grand Lodge. For the first time, press and television were present at a meeting of Grand Lodge and the event featured on television newscasts around the world. 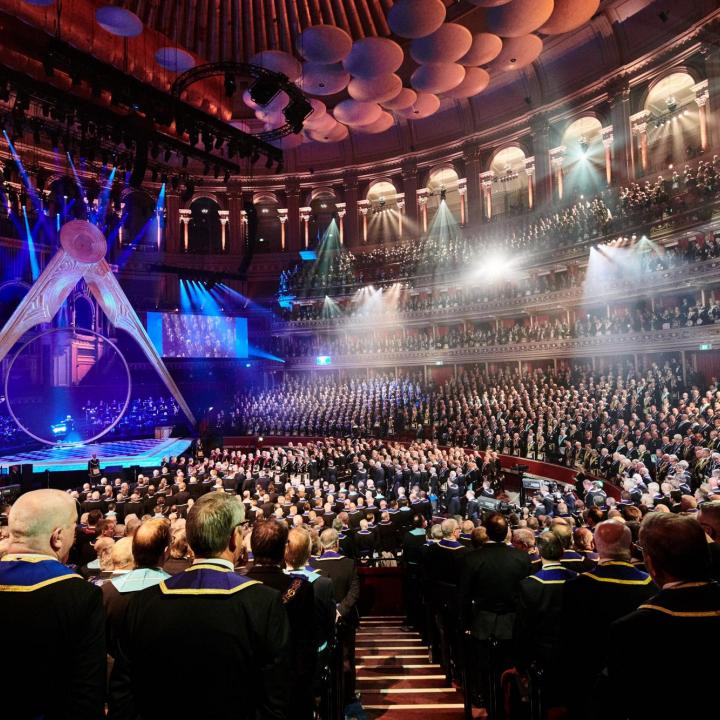 The tercentenary of Grand Lodge in 2017 was celebrated in style throughout the year, culminating with a special meeting of Grand Lodge at the Royal Albert Hall, which was presided over by the Grand Master, HRH The Duke of Kent, and attended by representatives of sovereign Grand Lodges from around the world.

The North Gallery in the Museum of Freemasonry was opened as part of the celebration and tells the history of three centuries of English Freemasonry through displays and public tours. 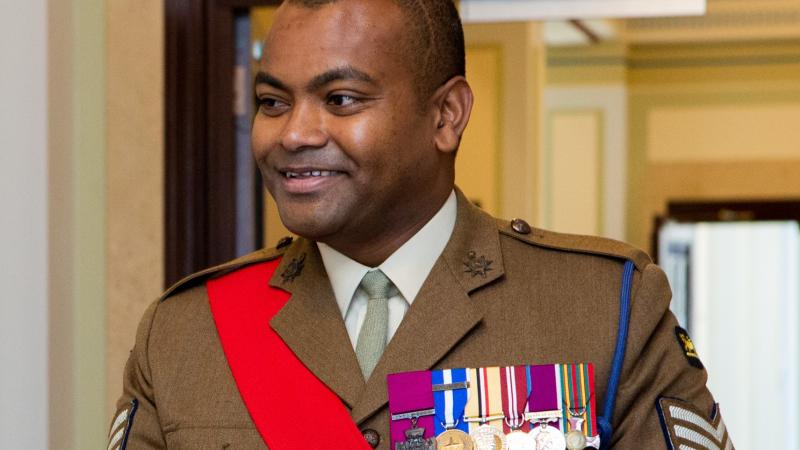 Discover the many recognisable names who have been Freemasons over the years.