To mark this November’s Armistice Day and Remembrance Sunday, the United Grand Lodge of England (UGLE) will project a series of images and poetry onto the side of Freemasons’ Hall.

In addition, four famous war poems will be projected onto Freemasons' Hall, in the heart of Covent Garden: In Flanders Fields by John McCrae; The Soldier by Robert Brooke; Dulce et Decorum est by Wilfred Owen; and On Somme by Ivor Gurney. The event will also include footage of a wreath being laid at the Roll of Honour by The Grand Master HRH The Duke of Kent, KG and other serving Freemasons, including Victoria Cross recipient Colour Sargent Johnson Beharry VC, COG.

David Staples, UGLE’s chief executive, said: 'The history of Freemasons’ Hall is directly linked to the Great War. There were more than 3,000 Freemasons killed in action during World War One. In honour of those members, Freemasons' Hall was rebuilt as a peace memorial to all the Freemasons who gave their lives for their country. To us, it is an honour to remember their ultimate sacrifice.'

Freemasons have always had a strong relationship with the armed services, and the UGLE has worked with the Remembrance Penny initiative, which has donated a bronze poppy in a case, inscribed with the words: 'They shall not grow old. For those Freemasons who died for their country.'

Funds raised from the sale of the Remembrance Pennies will go to support the Combat Stress charity, to help continue delivering life-changing specialist services to veterans across the UK. The bronze poppy will be permanently situated in the vestibules at Freemasons’ Hall as a symbol of reflection and contemplation for those servicemen and women who have served their country.

In October 2021, the Freemasons signed the Armed Forces Covenant, led by His Royal Highness, The Duke of Kent, KG. The partnership aims to support members of the Armed Forces community and ensure they have the same access to government, commercial services and products as any other citizen.

By signing the Armed Forces Covenant, the UGLE will be able to demonstrate its support to members of the Armed Forces in a number of areas, including education, family wellbeing, getting a home, starting a new career, access to healthcare, financial assistance and discounted services.

To find out more about the role Freemasons have played during periods of national war, members of the public can view the Brothers In Alms website. This exhibition of rare photographs spans the period from the second Boer War through to the end World War Two, and features those who led and those who served on land, sea and in the air. It portrays the great landscape of conflicts across all continents and the diversity of the participants. 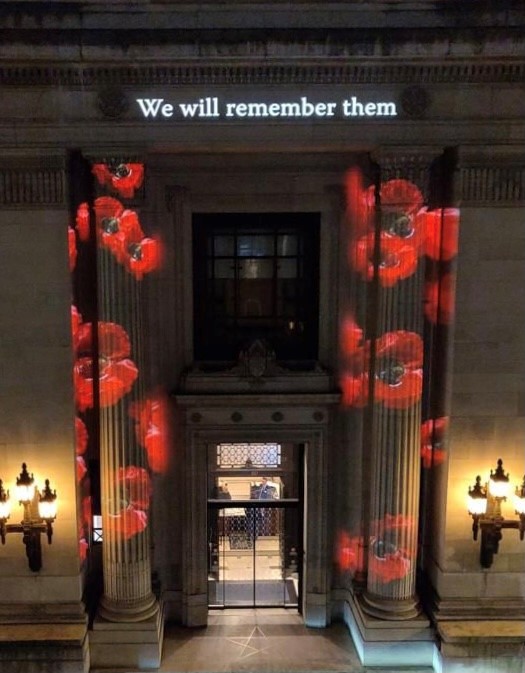