“We know from these long-established University Lodges that students – whether undergraduates or postgraduates – enjoy Freemasonry to the full. Through the Universities Scheme, we hope that university members from all over the country will be able to gain the same inspiration, fulfilment and enjoyment.”

Tradition and continuity are just two of the values that characterise the relationship between Freemasonry and universities. It was more than 200 years ago that the first university Lodge – Apollo University Lodge – was founded at Oxford in 1818.

Isaac Newton University Lodge soon followed at Cambridge in 1861 and since then many thousands of young men have been introduced to Freemasonry through these two Lodges. UGLE’s Grand Secretary Dr David Staples also became a Freemason when he joined Apollo University Lodge in 1997.

It was these very foundations that led to the United Grand Lodge of England establishing the Universities Scheme in 2005 and introducing Freemasonry’s important values to a new generation.

There are now 87 Lodges and seven Chapters pursuing a similar, yet distinct, course across England and Wales, where towns and cities have universities.

All these Lodges welcome new members and those wishing to become Freemasons, who are undergraduates, postgraduates, senior members of the university and alumni, ranging in age from 18 upwards.

The scheme also has its own committee, which is presided over by the President Sir David Wootton, UGLE’s Assistant Grand Master, and Chairman James Hilditch, who meet regularly to ensure the scheme continues to have a critical role in enhancing the opportunities for students and others connected with universities to join and enjoy Freemasonry.

"Freemasonry has changed my life. I have made the best group of friends I’ve ever had and feel like I’ve known them forever."
Liam Hayward
University Lodge of Liverpool No. 4274, West Lancashire

Benefits of the Scheme

Student engagement is at the heart of the Universities Scheme and remains a core priority for scheme Lodges and its members. The scheme gives our members a great opportunity to make long-lasting friendships and increase their social interaction, especially if you are studying away from family and friends, as well as providing support and offering the right tools to build self-confidence and life skills that last far beyond their time at university.

Members also participate in Freshers’ Fairs at universities across the country, as well as working with student unions and university governing bodies.

During the course of its history, the Universities Scheme has continually helped to forge links between well-placed, enthusiastic Lodges and the many students and other young people who are seeking to become involved in Freemasonry, but who may not know where to begin. You will be involved in a young network and be able to interact with other like-minded students from all backgrounds and share experiences.

All under-25s also benefit from the decision by Grand Lodge to halve their fees in order to make Freemasonry accessible to as wide an audience as possible.

The Universities Scheme is on social media!

A biennial conference brings scheme members from across the world together to share best practice and to help develop and evolve the scheme.

The 2019 conference was hosted in Cheshire with a record attendance of 180 people with almost 80 Scheme Lodges represented. Members enjoyed a varied programme which featured workshops on how to best work with your university and how members can actively engage with their local communities and charities across the scheme.

The first holders of the DKW Cup were Wyggeston Lodge No. 3448 in Leicester and its subsequent journey has seen it travel many thousands of miles across the country, with more than 20 Lodges taking ownership.

Hear from Our Members

Stephen, Matt and Joel all started their journey in Freemasonry through the Universities Scheme – listen to their interviews and find out why they joined.

We have direct links with the Universities Scheme for the two women’s Grand Lodges – The Order of Women Freemasons and HFAF – Freemasonry for Women. Both organisations have been involved in a number of initiatives with UGLE over the years, including joining together at Freshers’ Fairs and also attended the most recent biennial Universities Scheme Conference in 2019.

Female Freemasons Rachel and Raj both started their journey in Freemasonry through the Women’s Universities Scheme – listen to their interviews and find out why they joined. 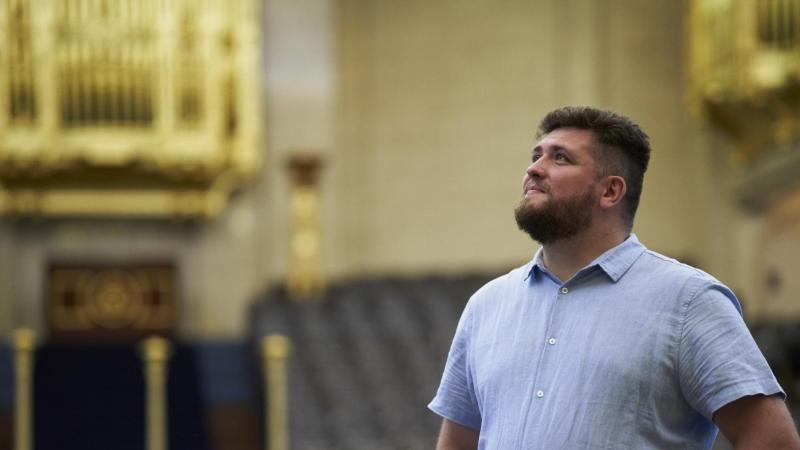 How to join the Universities Scheme

With students attending hundreds of Universities across England and Wales able to join one of 87 University Scheme Lodges nearby.