The United Grand Lodge of England (UGLE) is delighted to be taking part in the platinum jubilee celebration and lit a special Platinum Jubilee beacon on the roof of Freemasons’ Hall at 9:45pm on 2 June, as part of a national celebration.

Earlier that day, at 2:00pm, Town Criers were invited to undertake the proclamation announcing the lighting of the beacons later that evening. Celebrations are being planned all over the country and the UGLE is encouraging all its members to take part in the event.

On 2 June 2022, the UK celebrates a unique milestone in its history – Her Majesty The Queen’s 70th year as the country’s Monarch and Head of the Commonwealth. The Platinum Jubilee is a feat no previous Monarch has achieved.

More than 2,022 beacons were lit throughout the UK, Channel Islands, Isle of Man and UK Overseas Territories, plus one in each of the capital cities of Commonwealth countries, in recognition of Her Majesty The Queen’s long service. The beacons enable local communities, individuals and organisations to pay tribute to her as part of the official Platinum Jubilee celebrations on 2-5 June 2022.

As part of the programme of celebration, UGLE is also a key corporate sponsor of the official Platinum Jubilee Pageant commemorative album. The album, which will be made available to purchase to the public during the weekend via a national newspaper, includes four pages on Freemasonry and its strong connection to royalty. It will be printed as a limited-edition publication and will be presented initially as a gift to all VIP and senior guests during the pageant.

Ian Chandler, chair of the UGLE’s Communications and Marketing Working Party, said: “It is a great honour to take part in the Platinum Jubilee. Freemasonry has always had a strong relationship with the Royal Family.

“We are delighted that our members and communities were excited about taking part, and was great seeing them getting involved, showing the nation just how proud we are of Her Majesty The Queen.”

Freemasons in Essex helped a local primary school to celebrate HM The Queen’s Platinum Jubilee by donating numerous prizes and art sets for the winners and runners up across two different age groups. The competition was to create something ‘Regal or Royal’ in celebration of HM The Queen’s Platinum Jubilee. While in Dorset, Freemasons hosted a cream tea event at Poole Masonic hall to celebrate the occasion. Finally in Cumbria and Westmoreland the Province lit beacons across the Province. 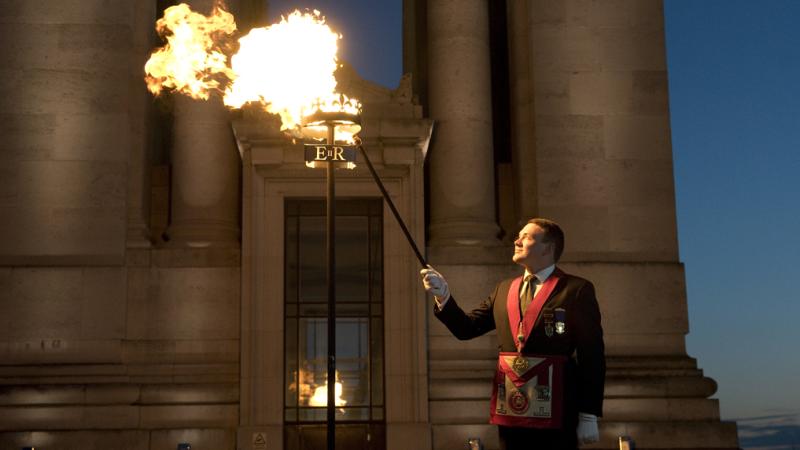 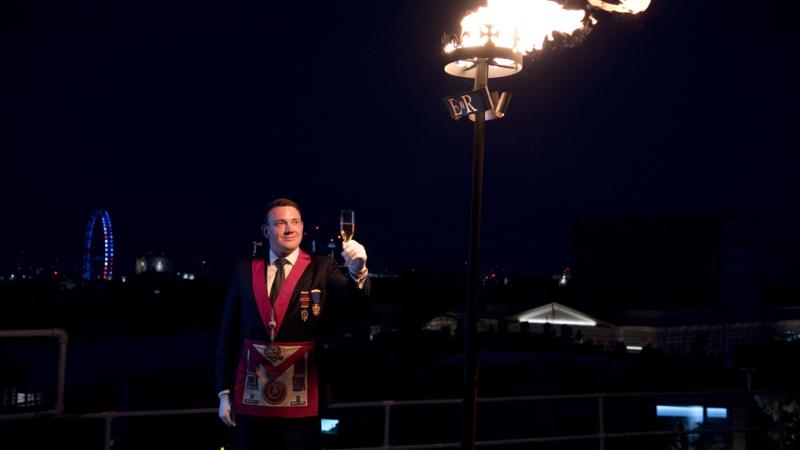